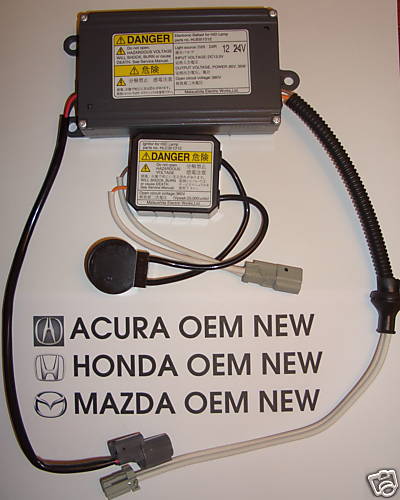 NOTE THAT THIS IS NOT STOCK FOR A CL § Ballasts and Inverters are different names for the same part. Acura parts dealers call these inverters, controllers or ballasts, but they are the same thing.